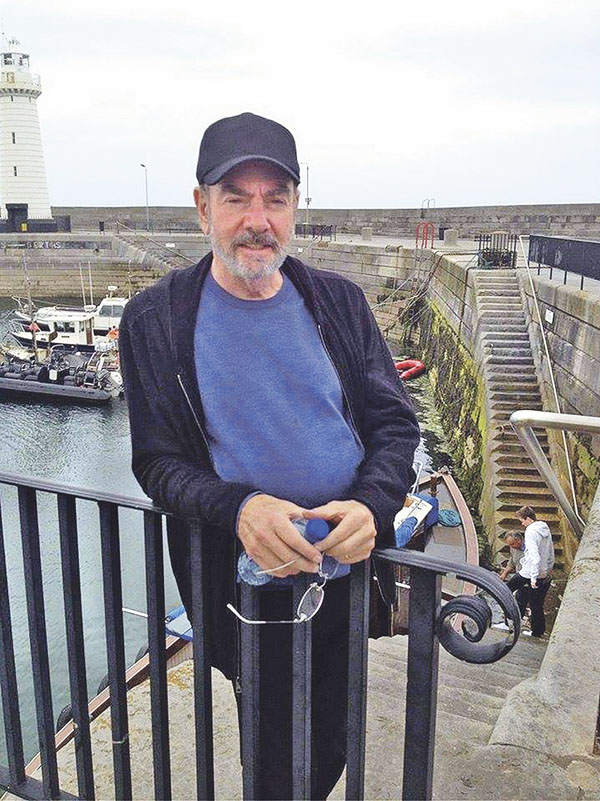 HE’S one of the biggest singing stars in the world so it’s fair to say that few amongst us would expect to bump into Neil Diamond on a Monday afternoon in Donaghadee.

However, as these pictures sent to us by Karen Harding prove, none other than the man himself was to be found casually posing for  photographs at Donaghadee pier on Monday.

The 74 year old superstar was enjoying a little rest and relaxation before his sell-out concerts at the Odyssey Arena in Belfast on Tuesday and Wednesday evenings.

Best known for such hits as Hello Again, Sweet Caroline, Love on the Rocks and Forever in Blue Jeans, the American singing legend spent an hour in the Dee, fishing aboard The Brothers pleasure fishing boat owned by Quinton Nelson.

Easy-going Neil, reputed to be worth £75.5 million, brought his two grandsons along for the trip - and although the trio all managed to catch something it was Neil Diamond who made the biggest catch of the day - a large pollock.

Joining the Diamond family on board the 3.30pm sailing out of Donaghadee was the boat’s owner Quinton Nelson and 18 year old Donaghadee man Jordan Sturdy.

Quinton explained that he only heard an hour before the trip that he would be playing host to the world famous singing legend.

“I was contacted by their hotel asking me to take them out for a while,” said Quinton. “It was just one of those things that happened, I wasn’t going to broadcast it because they needed their privacy.”

A fan himself Quinton was impressed by Neil’s unstarry demeanour. “If you met him in the street you would just walk right past him, he was a very down to earth person. I think he just wanted to give the boys something to do because they were stuck in a hotel,” he said.