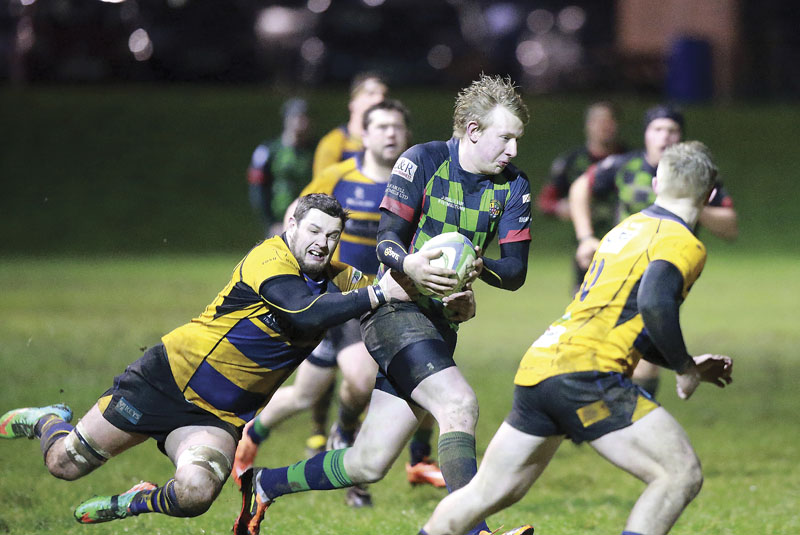 DESPITE a spirited performance in difficult conditions last week, Bangor never fully recovered from an opening blitz by Clogher Valley, eventually losing by 27-8.

With some key players missing through injury and unavailability for this midweek fixture, Bangor made the lengthy journey to the Cran which is always a difficult ground to play at.

Even more so on this occasion with the ground being described locally as ‘tacky’ and the hail and snow driving into the faces of the players.

For the home side there was a significant element of pride at stake, having been beaten twice already by Bangor in both league and cup competitions.

Bangor bounced back from that defeat on the Tuesday with a win at home on Saturday over CIYMS.

In a hard-fought game with injuries and cards galore, it was Bangor who finished ahead by 24-20, ensuring them a top four league position in the process.

With several players returning to the side after the difficult away game at Clogher Valley, hopes were high that the game would produce at least one point for the home side to guarantee them a place in next season’s All Ireland Junior Cup competition.

CIYMS however had drifted into the danger zone and were looking for points to pull themselves away from the lower reaches of the league.

Given the rather stuttering performance in recent weeks, this win was an important response.

With just one more fixture in the league competition remaining - away to Cooke at Shaw’s Bridge on Saturday 21st - the hope is that the players can finish with a flourish and carry that confidence towards the future.