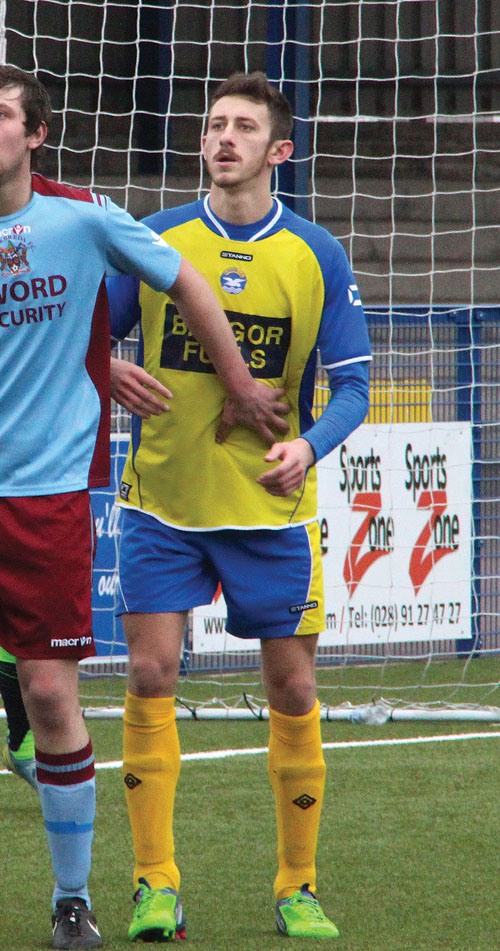 The skillful 24 year old left winger, who joined the Seasiders in September 2013 from Lisburn Distillery, was the Seasiders’ top scorer last season despite missing several games through injury and of course he was absent through suspension for the two play-off games against Warrenpoint last week - perhaps a crucial factor in Bangor’s failure to achieve Premiership status next season.

A maker as well as taker of goals, Jordan’s skill and speed on the left flank tortured opposing defences. He played in 19 of Bangor’s C1 games (four as substitute) scoring 13 goals.

Not surprisingly, his talents were noticed by Premiership clubs, and Jordan will be playing next season for league champions Crusaders. He will certainly be missed at Bangor Fuels Arena and Bangor Football Club wishes him well for the future.