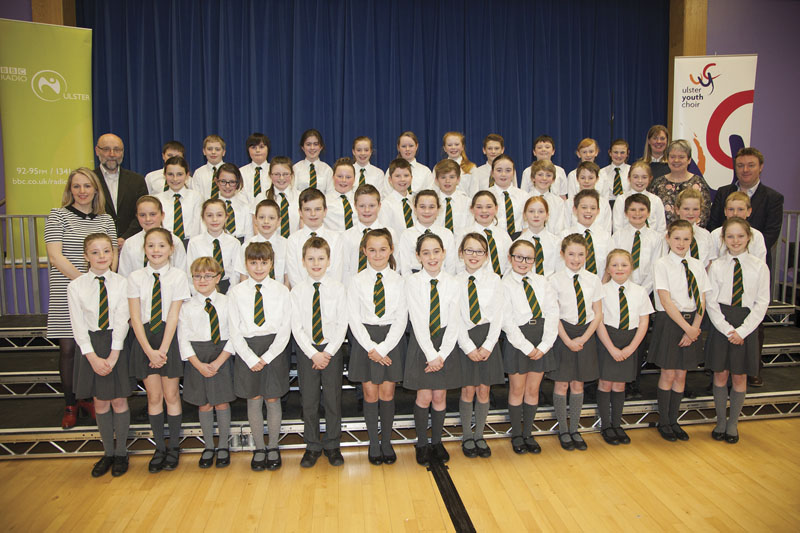 BALLYHOLME Primary School and Sullivan Upper School have won places in the final of the BBC Radio Ulster School Choir Of The Year.

They are the fifth set of schools to win places in the live final and next week the final set of choirs from across Northern Ireland will be continuing to sing to impress as they battle it out for a place in the final.

Presented by John Toal and Kerry McLean and recorded at six venues across Northern Ireland, the fifth programme was broadcast last Sunday on BBC Radio Ulster at 2pm.

The series, part of BBC Music NI, will culminate in a live final from the Ulster Hall on Sunday, April 26.

The competition is produced in association with the Ulster Youth Choir and is supported by the Arts Council for Northern Ireland (ACNI).

The winning choirs will help BBC Radio Ulster celebrate its 40th anniversary throughout this year and feature across a range of the station’s programming and events.

• If you missed the programme, catch it again via the BBC Radio iPlayer by logging on to: bbc.co.uk/radio and follow the links to BBC Radio Ulster.