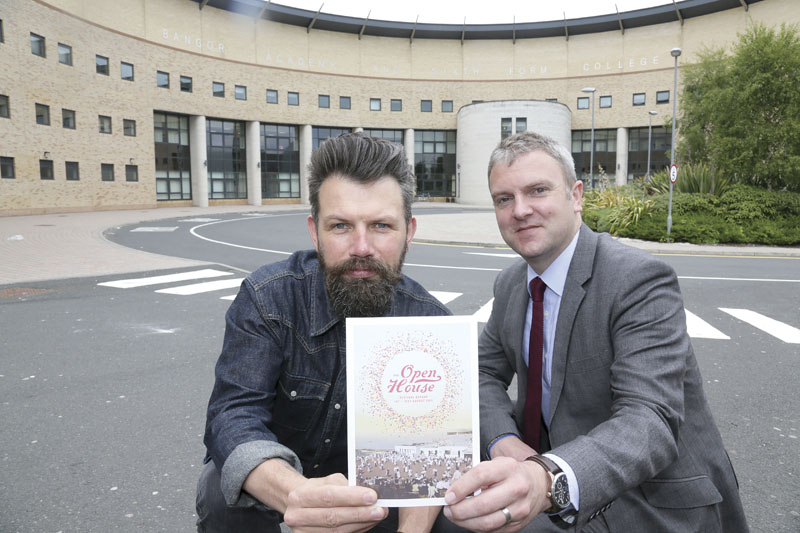 DUST off your best 1980s denim jacket and unpack your Simple Minds LPs – you’ve got to get ready for detention.

Whether you’re a brain, an athlete, a basket case, a princess or a criminal, this August you can join the Brat Pack for a back to school night with a difference – a screening of 80s classic movie The Breakfast Club in Bangor Academy.

It’s part of the Open House Arts Festival’s huge summer extravaganza, and as the festival’s official media partner the Spectator is pleased to be able offer you the chance to win free tickets [see box] – the first of a series of exclusive Open House giveaways we’ll be bringing you over the next few weeks.

The story of five teens forced together in Saturday morning detention, each from a different and competing clique, The Breakfast Club is a typically winning blend of comedy, drama and a little hint of cheese from 80s teen movie maestro John Hughes.

One of the biggest hits of 1985, it’s still a nostalgic touchstone for every 80s kid and remains a reference point for TV shows from Glee to Family Guy and Futurama.

But for one night only the Open House team are grabbing the flick off the 80s video store shelf to bring it into the corridors and classrooms of Bangor Academy – though the arts festival probably won’t be showing it on Betamax.

Screening in the Academy’s Assembly Hall on August 28, the event is sure to be a memorable trip back to the era of leg-warmers, stonewashed denim and synthpop – and to make sure everyone’s in the proper day-glo mood, there’ll be a DJ warming up with 80s hits for an hour before the screening gets under way.

As Bangor Academy’s principal Matthew Pitts told the Spectator, he’s delighted to be able to throw the school gates open for Open House and welcome the public in.

“The arts festival is a brilliant event for the community and it’s fantastic that we’re able to work together on this,” he said.

“And I have to confess I’ve always loved The Breakfast Club, I can’t think of a better setting for the film. To have it in an assembly hall, seated behind exams desks as if everyone’s in detention is a great opportunity – but we promise we’ll not be quite as strict as the teachers in the movie.

“Since I started at the school last September I’ve said that I want Bangor Academy to be at the heart of the community, I’m really keen for the general public to make use of the school. We have a great facility here that isn’t being used over the summer, so we thought this was a wonderful opportunity to work together to do something different.”

And the Open House team leaped at the chance to stage events in the Academy. As director Kieran Gilmore explained, tailoring shows to Bangor’s unique landmarks is what sets the festival apart.

“Matthew and I absolutely agree that being in the centre of the community is the most important thing we can do,” he said. “In our case that means running events in traditional and non-traditional venues in and around the town to reach out to people.

“So when Bangor Academy put themselves forward we were delighted – and The Breakfast Club jumped out at us, it’s a school classic, to my mind it’s still one of the best coming of age movies, and the Simple Minds theme song is fantastic.

“I have to say that programming events like this around Bangor has been more fun than we’ve had in years. Every door we’ve knocked on, from Bangor Academy to Grey Point Fort to Ards and North Down Borough Council, everyone has welcomed us with open arms. It’s been a wonderful experience, we couldn’t ask for better from Bangor.”