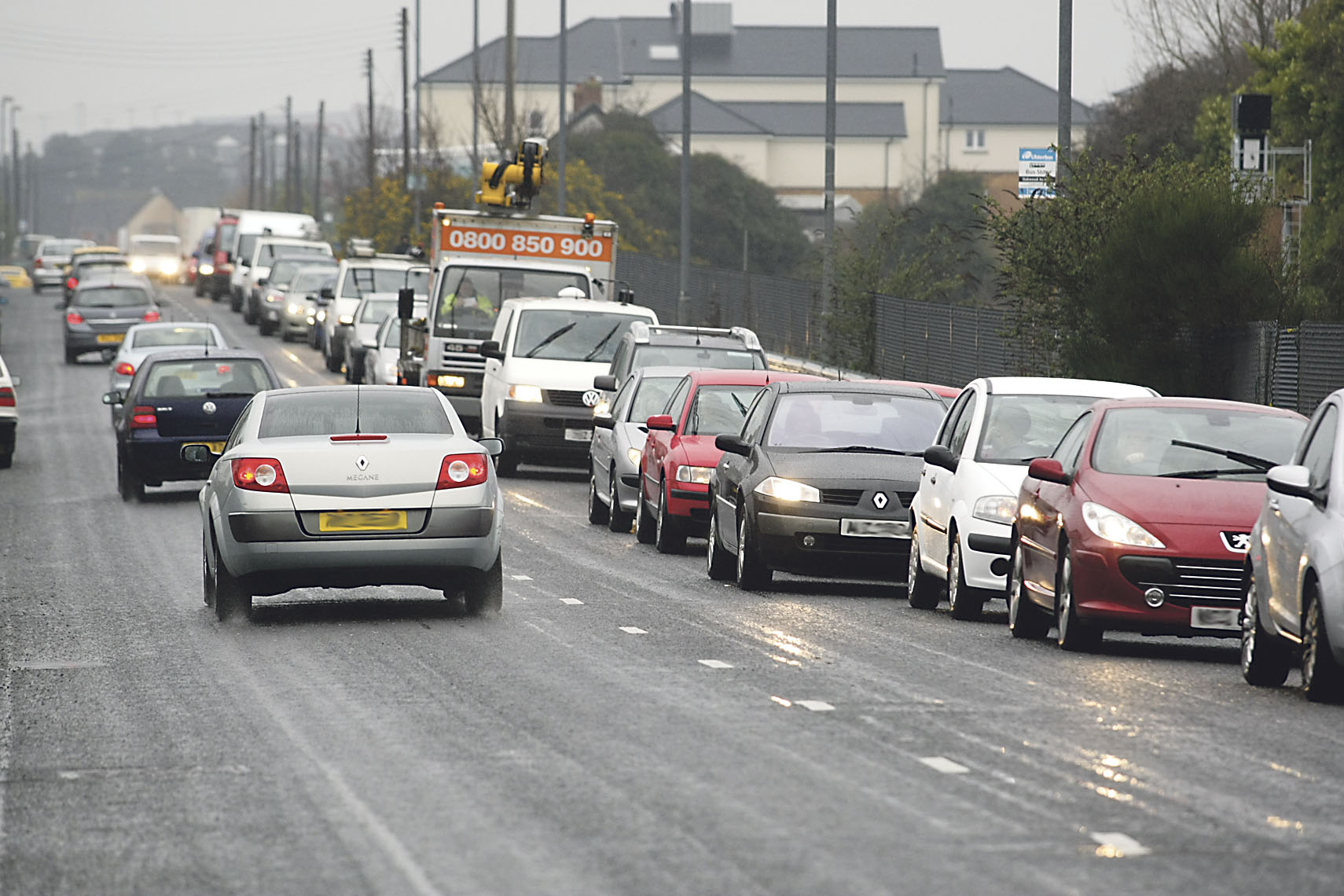 COMMUTERS are facing an even tougher trek to work right now as Belfast roadworks throw more traffic around the A2.

Yet the government isn’t doing anything to help out morning motorists who, according to one North Down MLA, are facing cripplingly long tailbacks on a daily basis.

Right now NI Water are digging up the Mersey Street area of east Belfast, carrying out what they describe as ‘essential sewerage upgrade works’ that are set to last until June.

To do that NI Water has to shut down main routes around Connswater Bridge and Dee Street – and that’s sending much more traffic along the Holywood Road and Sydenham bypass, right into the path of commuters from North Down.

It’s making a tough journey even worse for the thousands of people who drive from Bangor and Holywood to Belfast for work every day, so local MLA Gordon Dunne asked the Department for Regional Development what they’re going to do to help out.

But the department replied that while Mersey Street is ‘a residential area that has been treated with traffic calming measures’, the dual carriageway is ‘better able to accommodate the larger volumes of traffic’ so they’re not going to do anything.

That’s not good enough for Mr Dunne, who this week told the Spectator that the Mersey Street roadworks are causing ‘major congestion at the dual carriageway and Sydenham bypass’.

“As a regular user of the A2, I know the problems there only too well,” Mr Dunne said. “Every morning I join the dual carriageway near Palace Barracks in Holywood, and every morning the A2 now has tailbacks stretching well past the barracks.

“I have raised the problems faced by North Down’s commuters on a number of occasions and the Regional Development Minister has indicated that he has long term plans to upgrade the Sydenham bypass to three lanes in each direction.

“That would involve major changes to the Dee Street junction, which is presently the source of the bottlenecking problem for commuters.”