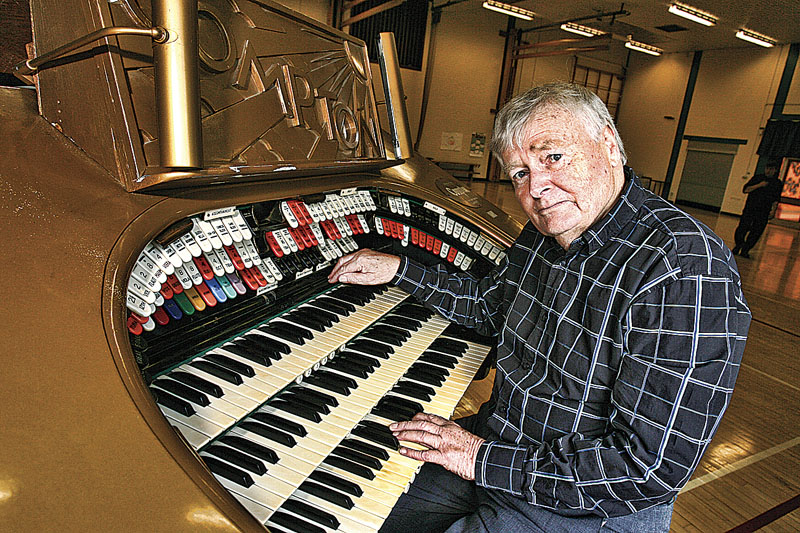 MUSICAL fans of Bangor’s Tonic Compton Organ will bid a fond farewell to this historic instrument, when it relocates to its new home in England.

Since 2008 the Compton Organ, which was one of only three instruments of its kind to be installed in Northern Ireland, has been stored at a farm in Dromore.

Speaking to the Spectator this week, Rodney Bambrick, chairman of the Tonic Organ Trust, revealed the historic organ is to be relocated in a new home in Barnsley, south Yorkshire.

He explained, “Efforts to find another suitable location for the Compton in Northern Ireland came to nothing, so the organ has within the past few days been taken over by Kevin Grunill, one of the United Kingdom’s well known theatre organists.

“He plans to rebuild it at a venue near his home in Barnsley, south Yorkshire. It is another little bit of Bangor history lost, but at least the organ will be preserved and enjoyed by enthusiasts in England.”

This well known musical instrument takes its name from its original location, the landmark Tonic Cinema off Hamilton Road, which opened in 1936.

The organ would act as a musical accompaniment to silent films that played there, helping to score the films’ emotion by providing tension or drama during the appropriate scenes.

Mr Bambrick said, “In the 1970s the organ was removed and rebuilt in Bangor Boys High School, later renamed Bangor Academy, where for over 30 years it was used to accompany the singing at morning assembly.

“It was also presented to the public in a series of enthusiastically supported concerts featuring many of Britain’s most popular theatre organists.

“Shortly before the school was demolished in 2008 the organ was removed and until recently stored at a farm near Dromore.”

Mr Bambrick said he had many happy memories about the Tonic organ, including the first time it was played in the Boys High School.

The Tonic Organ Trust chairman will be amongst a host of local music enthusiasts who will bid this piece of Bangor history a fond farewell, and look forward to a wealth of new fans enjoying its distinctive sound in its new home.