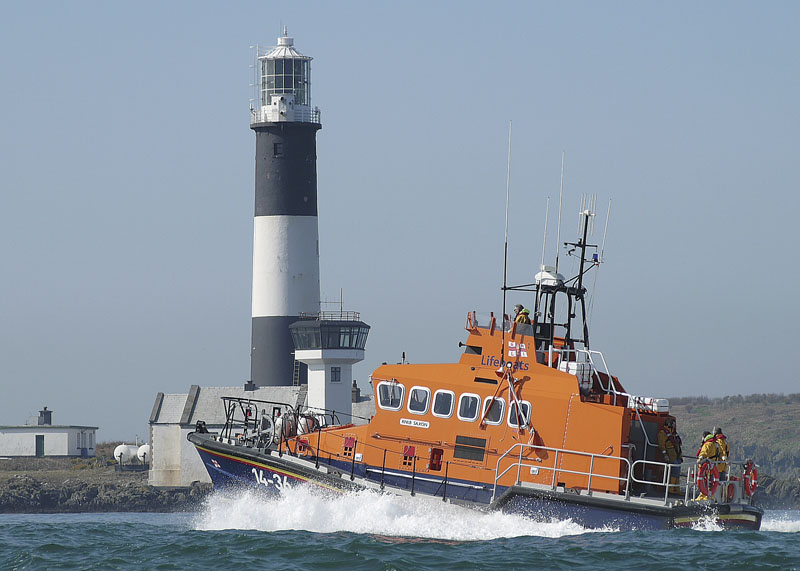 ARDS and North Down’s rugby players will scrum down on Saturday for a new trophy - The Yellow Welly - in support of the Royal National Lifeboat Institution – the charity that saves lives at sea.

Men, women and schoolchildren are all planning to join the fun and games at Donaghadee Rugby Club during an afternoon of friendly competition which aims to raise vital funds for the local lifeboats.

The Yellow Welly is the symbol of the RNLI’s Mayday appeal campaign.

Players and supporters from Donaghadee, Bangor, Newtownards, Holywood and Portaferry will join teams of 10 for the main tag competition but there will be a barbeque and entertainment for all the family starting at noon, said fundraiser Evelyn Bennett.

“There will be Spot the Ball, Throw the Welly, Guess the Score competitions and lots of other fun games. Our mascot Stormy Stan will be there to give out Goody Bags to our younger players. So come along, join the fun and help support the work of our lifeboat volunteers,” she added.

The minis match starts at 12.30pm and the main match at 2.30pm. Admission is free for children and £2 for adults.

The event is part of the RNLI’s new campaign celebrating the lifesaving work of their volunteer crews.

From Friday 1 until Monday 4 May, collections and fundraising events will be taking place throughout Down.  The charity is encouraging people to show their support by donating, buying and wearing a yellow welly pin badge or by using the hashtag #YellowWelly on social media. You can also text MAYDAY to 70007 to donate £3.

The yellow welly is an essential piece of RNLI crew kit and has become an iconic symbol for the lifesaving charity.  Waterproof with steel-capped toes, the specially designed boots keep the volunteer crew’s feet warm and dry while also protecting them in dangerous conditions on deck.

Last year lifeboats based at Bangor, Donaghadee, Newcastle, Kilkeel and Portaferry launched 132 times and brought 143 people to safety. Lifeguards located on beaches in the areas of Newry and Mourne and county Down responded to 22 incidents and assisted 25 people.

Supporting Mayday, Philip McNamara Donghadee RNLI Coxswain said, “We are delighted to be involved with the RNLI’s Mayday campaign. I am one of 1,500 volunteers in Ireland who relies on the generosity of the public to help my lifeboat station to save lives at sea. From crew kit to training and fuel for our lifeboats, every penny raised this Mayday will help us to continue to rescue people every day.”

There are a number of events planned for Mayday in county Down including a yellow welly rugby tournament at Donaghadee Rugby Club on Saturday April 25 at noon. The Royal North Yacht Club in Cultra will host a coffee morning on Thursday April 30. There will be a street collection in Killyleagh on Saturday May 2 where people can get their hands on a yellow welly pin badge and there will be a bucket collection at the Mayday Race Meeting at Down Royal race Course, in Lisburn on Monday May 4.

A quiz night will be held in the Anchor Bar in Newcastle on Tuesday May 21.

RNLI lifeboat crews in Northern Ireland launched 261 times in 2014 bringing 281 people to safety, while the charity’s lifeguards helped 284 people on 10 beaches during their season.