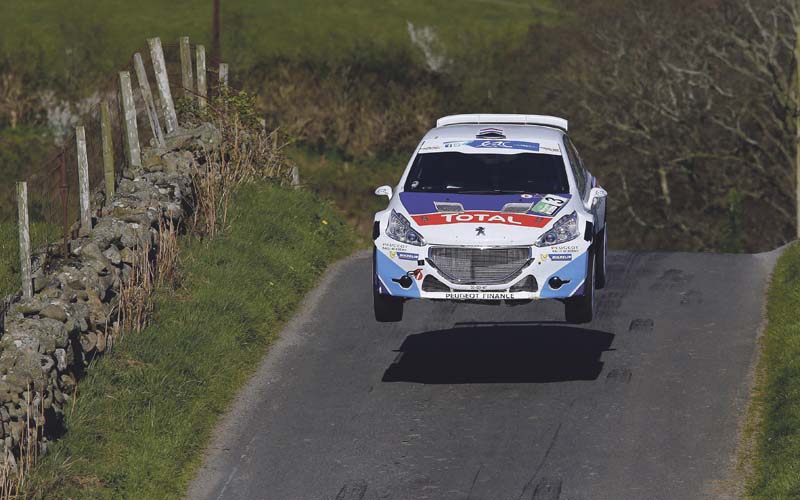 Hosted by North Down Borough Council and facilitated by the award winning Folk Museum the Qualifying Stage will see designated priority drivers take part in a special closed road stage nearby, to determine the official starting order on the first competitive day of rallying the following day (Friday 3rd).

Co-driver Allan Harryman from Bangor and driver Robert Woodside from Ballyclare will be competing in an iconic Porsche 911 which returns to the Circuit’s international rally after almost 30 years.

Fans will have several opportunities to see the rally action over Easter weekend. The Qualifying Stage of the Rally will be based at Ballycultra Village, at the Ulster Folk & Transport Museum today, followed by a ceremonial start at Belfast City Hall this evening. Spectator Stages will take place in Newtownards on Friday 3 April and Lisburn on Saturday 4 April.

Downpatrick will be a regroup area on Friday afternoon, while on Saturday Banbridge and Hillsborough Castle will play host to teams regrouping.

The rally will finish back in Belfast on the evening of Saturday April 4 and the winner will be crowned at Belfast’s Titanic Quarter, the site of the Rally Village, HQ and Service Park.