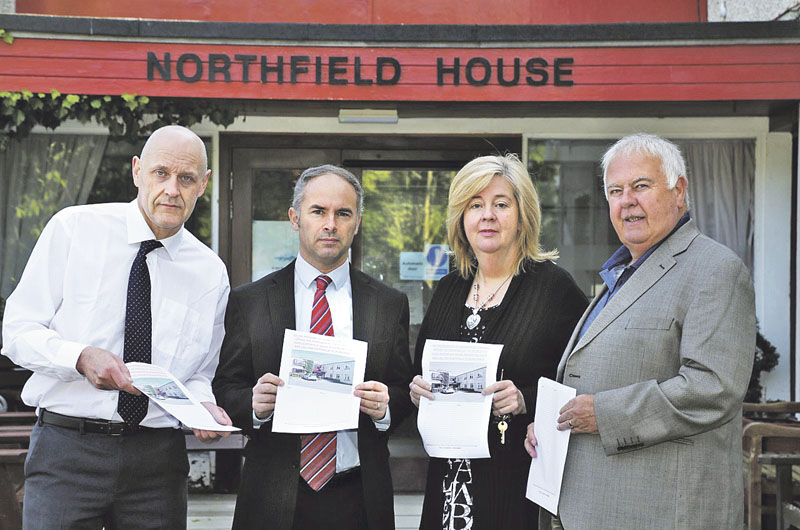 ADD your name to the list of people demanding that Northfield House stays open.

That’s the message from these three politicians, who came together to launch a petition backing the care home on Monday (8th).

MLA Alex Easton joined councillors Bill Keery and Mark Brooks at the threatened care home, where all three encouraged the people of Donaghadee to make their views on chopping Northfield clear.

The provincewide Health Board has concluded that our local health trust should look into shutting the home down – and there will now be a 12-week consultation on closing it, which is likely to take place over the summer months.

But the petition calls on the South Eastern Health and Social Care Trust to keep Northfield House Residential Home open.

“My colleagues and I firmly believe this is a wrong decision by the South Eastern Trust,” said Mr Easton. “We believe that it is vitally important that we oppose this proposal and give the residents of Donaghadee the chance to show their opposition.

“We are today calling on the residents of Donaghadee to come out in their hundreds to sign the petition and help us to fight this unnecessary proposed closure of such a valuable facility.”

And Mr Brooks added, “As far as I’m concerned the local people want their local home to remain open. It serves as a respite and recovery centre.

“It provides local employment and many Donaghadee residents have used the facility in the past. I am delighted to back Alex Easton’s campaign to save Northfield house a hidden treasure in Donaghadee.”