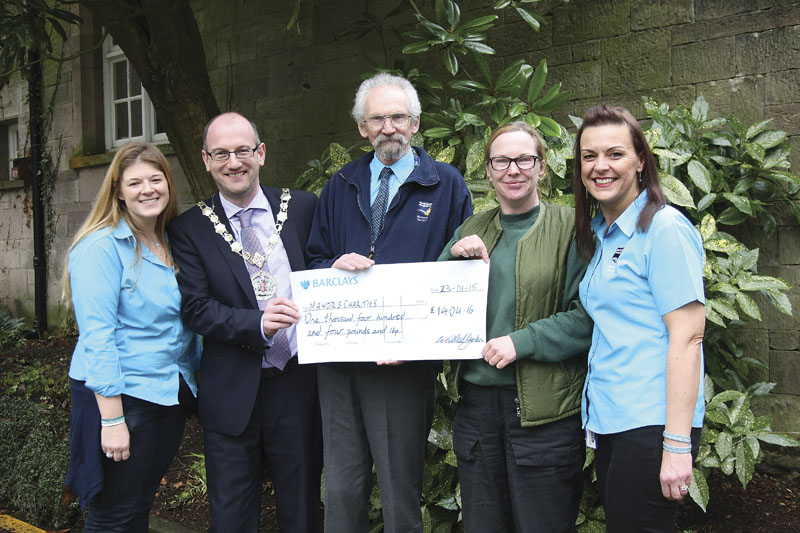 A BOUNTIFUL harvest of delicious veggies grown in Bangor’s picturesque Walled Garden have reaped £1,404.16 for the North Down Mayor’s charity appeal.

boost from green-fingered head gardener Nicky Kerr and the dedicated North Down Museum staff where the vegetables are sold.

Over 1,000 bags of tasty vegetables were bought by museum visitors who were happy to make a donation of their choice in exchange for a bag interesting of veggies, from white aubergines to cauliflowers and striped tomatoes.

Not only were the vegetables often boasting an interesting pedigree the museum staff and visitors were thrilled to enjoy a range of interesting shaped vegetables.

Who could bring themselves to eat Olly the octo-carrot and Percy the parsnip boasting his many limbs?

Speaking to the Spectator, councillor Martin said he was delighted that young and older people alike were not only enjoying visiting the Walled Garden but were sowing the seeds of interest in

“Children just think that everything comes form the supermarket. There is massive value in taking children out into the garden and planting vegetables.

“I would like to get out with my daughter, plant some potatoes, onions and carrots - wash them off - and then we could show her how to make a carrot cake.”

During his year as first citizen, the Mayor has chosen four charities to fundraise

for: the Royal British Legion, Christians Against Poverty, over 50’s charity AGE North Down and Ards (AGENDA) and Flourish NI which supports people whose lives have been impacted by human trafficking.

He is delighted by the veggie fundraising

total saying, “It is absolutely brilliant, so many people around the borough had said to me they are so impressed by the Walled Garden and its vegetables.”