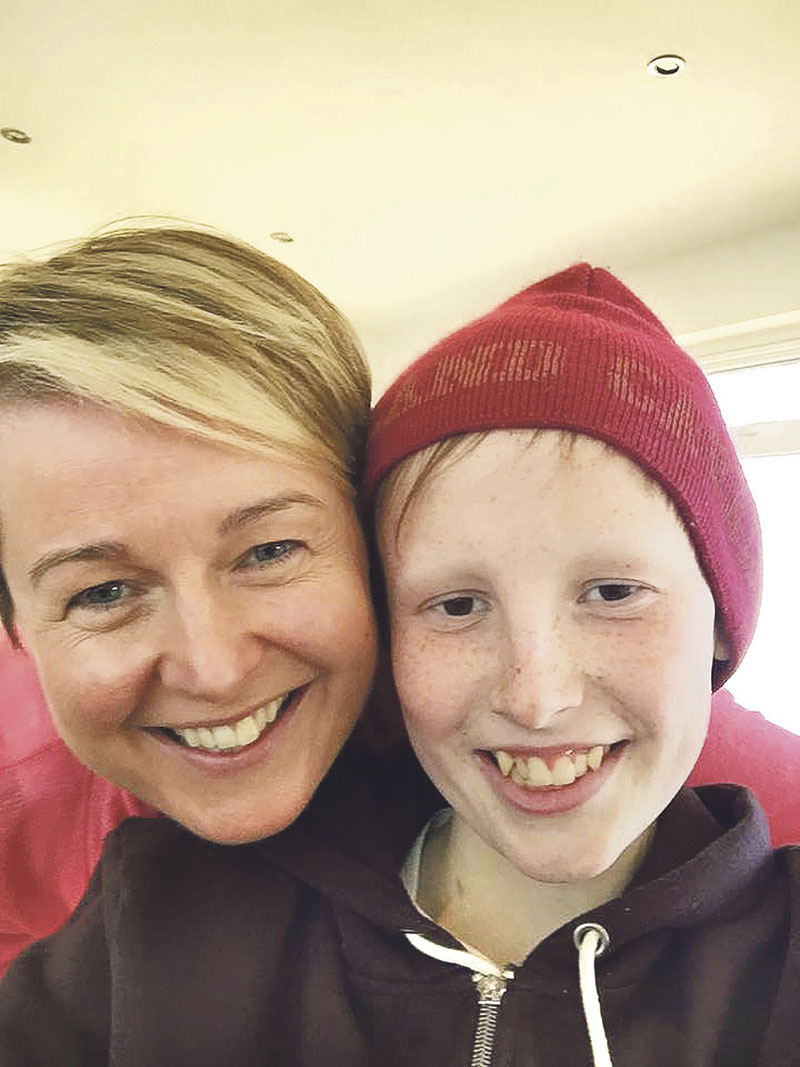 THE family of teenage cancer sufferer teenager Joshua Martin from Donaghadee are thrilled to have their brave son home two weeks after major surgery.

So thankful are they for the many thousands of messages of love and prayers, Joshua’s dad and mum Tim and Kim and younger brother David were happy for the Spectator to give an update of Joshua’s progress.

Joshua was diagnosed with cancer on Christmas Eve and became the subject of an outpouring of support on social media via the hashtag #prayforjosh.

In a heartfelt statement, Kim said, “Joshua got out of hospital on Monday, two weeks after major surgery. It was amazing to have our family all under the one roof again and we absolutely treasure our time together.

“We would like to thank everyone who has prayed, sent messages and liked our Facebook status. It meant the world to us.

“In particular we would like to thank the surgical and oncology teams at the Royal for everything they have done, in particular Mr Bailie, Dr Johnston and the amazing Children’s Haematology Unit team.