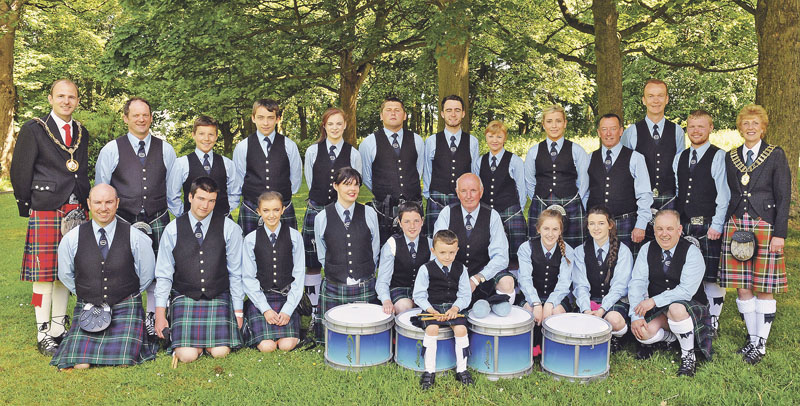 AT the United Kingdom pipe band championships which were held recently at Stormont Estate in Belfast, local pipe band Cleland Memorial gained 3rd place and 1st place for drumming in their Grade, 4A.

This was a major championship and the band under the leadership of Pipe Major Caldwell Hamilton and  Drum Sergeant Richard Coffey were delighted with the bands achievements.

The band also runs the Cleland Piping and Drumming School where tuition is provided to students in piping and various forms of drumming.

A number of the students are now playing with the band as well as competing in solo competitions were their results have been excellent. The school receives valuable support from the Ulster Scots Agency.

Any experienced players or anyone interested in learning should call into the band room, Bangor Orange Hall, Hamilton Road, any Monday or Thursday evening or alternatively contact Caldwell on 07749103147, Gillian on 0713523141 or through our Facebook page Cleland Memorial Pipe Band.

The band are now well into another busy season and will be playing in the remaining local competitions as well as  the World Pipe Band Championships in Glasgow on  August 15.