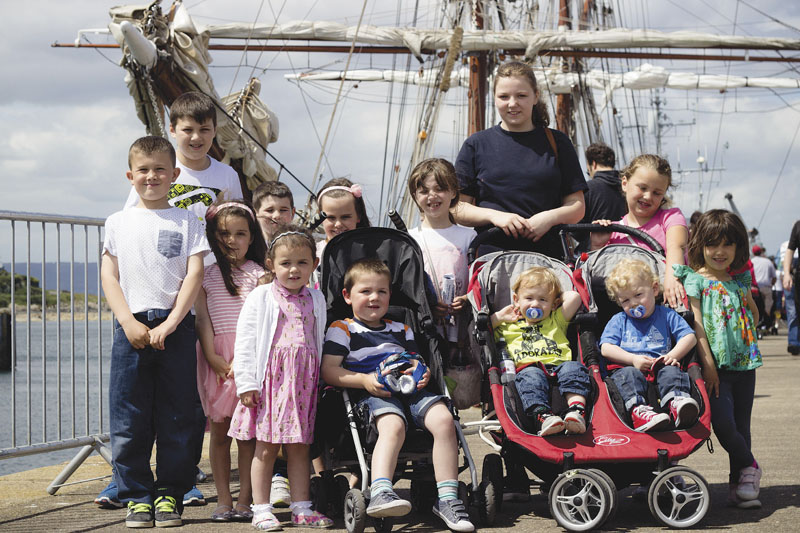 Bangor was on the crest of a wave as the town’s superb sea festival sailed into town - attracting thousands of visitors in its wake.

Among the most impressive floating attractions for the public was the eyecatching tall ship the Morgenster which was moored at the Eisenhower Pier on the seafront.

Also making waves alongside it was the Royal Navy Minehunter HMS Ramsey, which was visiting Bangor from its home base at Faslane on the Clyde after three years in the Gulf.

Back on dry land the seafaring theme continued throughout both days of the festival which boasted something for everyone - young and old.

A tidal wave of superb local food, live music, celebrity chefs, street theatre and lots and lots of fun for the kids transformed Bangor into an amazing maritime Mecca.

The Great Bangor Bake-Off proved to be a fantastic success as did the cookery demonstrations from captains of the kitchen and celebrity chefs, Paula McIntyre and Danny Miller.

And ship’s rations were hardly the order of the day as the very best of restaurants and food producers sold an endless choice of gastronomic delights in the Food Tent.

The appropriately named Shanty Shack drew the crowds with a mix of live music and comedy compered by comedians Nuala McKeever and George Firehorse.

And the transformation of Bangor into north Down’s very own sailortown continued with special appearances by the entertaining Crooning Captain and Juggling Sailor.

Finally, after two days of thrills and spills, one of Bangor’s biggest crowd-pullers of 2015 so far, sailed off into to the sunset - hopefully to make a welcome return next year.