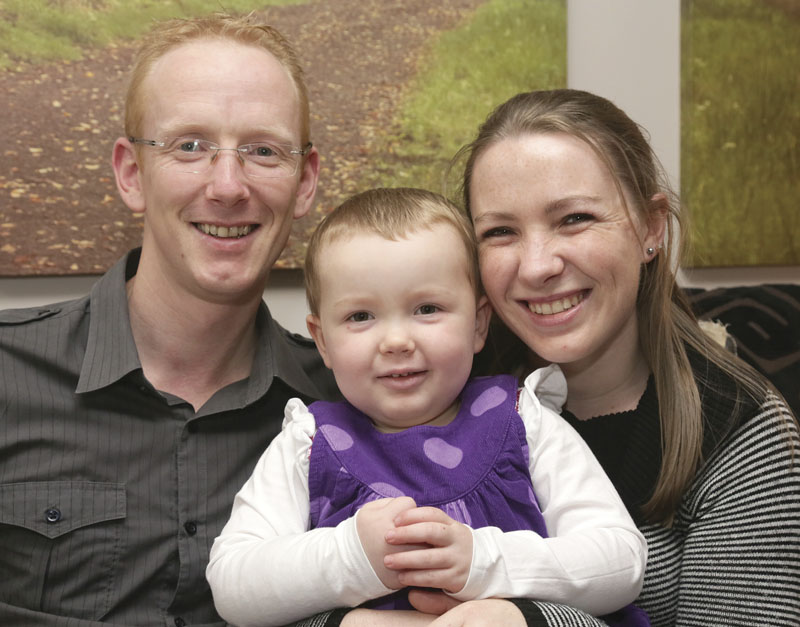 THE courage of two-year-old Nicole Craig is shining bright after she was nominated for a Little Star award, hosted by Cancer Research UK.

Diagnosed with acute lymphoblastic leukaemia earlier in January this year, Nicole is now undergoing a two-year course of chemotherapy and has spent months in isolation both at the Royal Victoria Hospital and in her Bangor home.

Now receiving daily maintenance chemotherapy, the courage of little Nicole has been recognised with her nomination for a special award.

Her equally brave mum Jenny, nominated her little daughter for the award which is hosted by Cancer Research UK, in partnership  with fashion retailer TK Maxx.

Relatives and friends of young cancer patients or survivors who deserve special recognition are being urged to nominate their Little Stars in the run up to Christmas at cruk.org/littlestar.

Speaking to the Spectator, Nicole’s mum Jenny recalled the day they received the devastating diagnosis. “At the minute Nicole is grand. She was diagnosed with acute lymphoblastic leukaemia on January 31 and is on chemotherapy treatment for two years.

“We are just starting to get back to normality, Nicole was on intense chemotherapy from February to August and is now receiving maintenance chemotherapy.”

Jenny said, “We are going to the hospital a lot less compared to the start. We are up at the Royal Hospital to get Nicole’s bloods checked and to keep an eye on her dosage.”

The local mum spoke of her admiration for how her daughter has coped with the demanding treatment saying, “She has handled it very well, age is on her side. She is aware and knows exactly where to go in the Royal, but she has adapted very well and just gets on with it.”

As they approach the halfway mark of Nicole’s treatment early next year Jenny said, “It is nice to get more of  normality. We have to look out for temperatures, if anybody has a cold we have to keep her away because she is on chemotherapy and her immune system is very low - but she is allowed to be out and about with well people.”