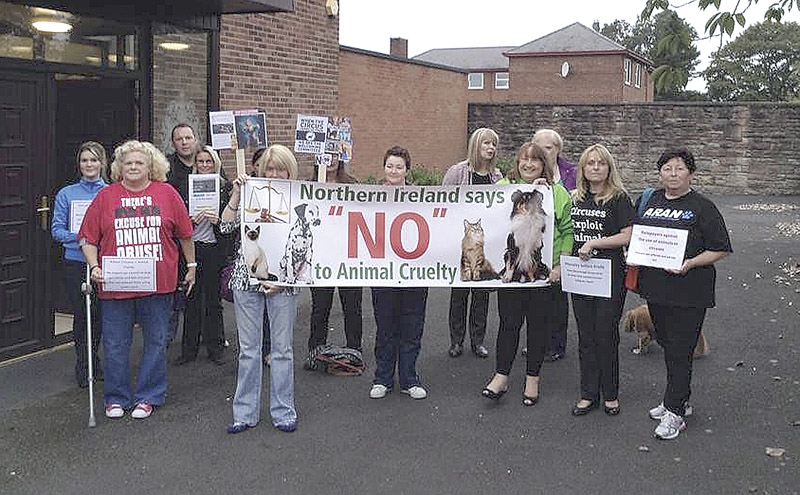 LOCAL Green Party members have been celebrating after getting circuses containing animal acts banned from the area.

Such circuses were already outlawed in North Down, but they were perfectly fine in the Ards area.

Now the new North Down and Ards District Council has barred them completely, after Green Party shadow councillors got a motion banning them passed by the new district’s governance committee.

The motion was submitted by district councillor Noelle Robinson, who told the Spectator that in her view keeping an animal in a travelling circus is little better than having a freak show.

“I acknowledge that deliberate cruelty from animal handlers is rare” she said, “but the nature of travelling circuses makes it impossible to meet the basic needs of large animals that are used to freely roaming many miles a day in the wild.

“Inadequate conditions, a lack of proper facilities, the stress of constant travelling, coercion to perform tricks - these animals are being exploited and abused in the name of entertainment. I believe it is time that these shows ended, they are a throwback to the old days of the freak shows.

“The Captive Animals Protection Society and other organisations have shown that circus animals live considerably shorter lives than their counterparts in the wild, and circuses that use them send a dangerous message to children that animals have no inherent rights or needs.”

Ms Robinson added that her motion was designed to ensure that the North Down and Ards areas are following the same rules when they formally merge next year.

“This is a great step forward and sends a strong message to those in a position to enact a region-wide ban on this unnecessary and antiquated cruelty,” she said.

The Green Party’s Northern Ireland leader and North Down MLA Steven Agnew stated that it is ‘no longer acceptable to haul wild animals around as a form of entertainment’.

“The public freak show was once considered acceptable entertainment but thankfully it has been consigned to the dustbin of history as our knowledge and moral sophistication grew,” he said. “So it should be when it comes to using wild animals for entertainment purposes.

“I congratulate the new North Down and Ards district for supporting councillor Robinson’s motion and setting a positive example to other councils.”