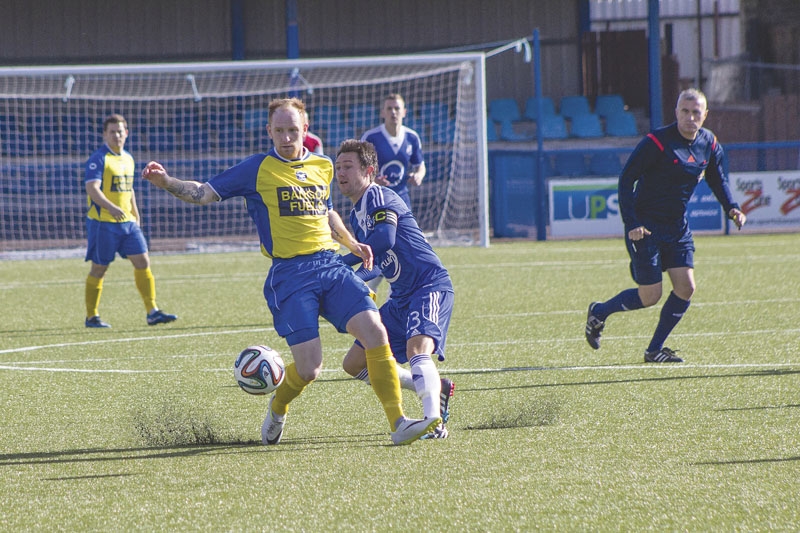 BANGOR will be looking to maintain their top spot in Championship 1 as they make a promotion bid to the Premiership next season.

Following on from last week’s late, late show when they ultimately beat Loughgall 2-1, this Saturday Garth Scates’ charges will face another tough task when they travel to Donegal Celtic on Saturday.

In the return on January 4 Bangor edged out the visitors by the only goal of the match.

This season Donegal Celtic are in 10th place in the table with a record of two wins and one draw in seven matches.

Last Saturday Celtic went 3-1 down away to Dundela. Leading scorer in the league for manager Nicky Maye’s charges is ex-Cliftonville striker Darren Stuart with three goals.

Bangor have been drawn at home to Premiership club Crusaders in the quarter-finals of the Wasp Solutions League Cup.

Last season Cliftonville defeated the Crues 3-2 on penalties following a 0-0 scoreline after extra time at Solitude on January 25.