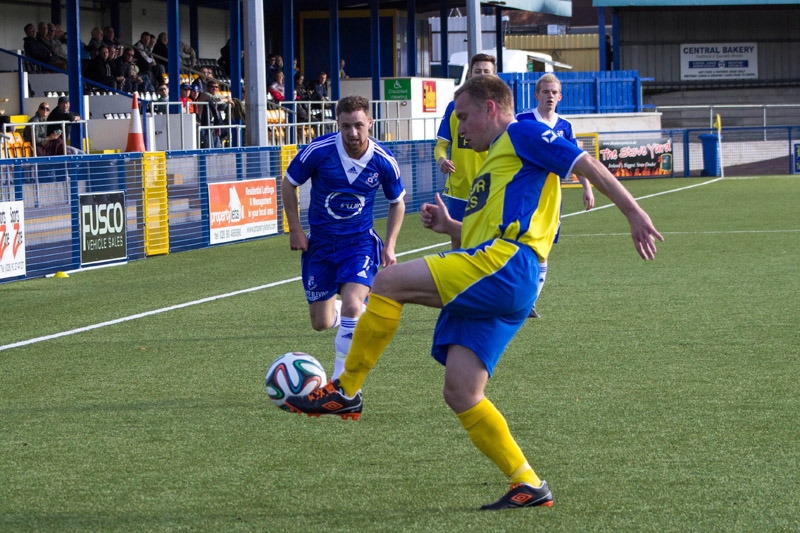 With fellow tabletoppers Harland and Wolff Welders engaged in the Steel and Son’s Cup, there was an ideal opportunity for the Seasiders to take over sole leadership of Championship 1, albeit with a game more played than their rivals from East Belfast.

However, it took a nailbiting finale with two late, late goals before Bangor secured the three points.

After going behind to a 50th minute goal the home team had to wait until a dramatic finish saw the two goals they needed coming in the 87th and 94th minutes.

In a dull first half with both sets of defenders well on top.

Truth to tell, neither team was able to carve out a real goalscoring chance in a dour midfield struggle. We had to wait until the sixteenth minute when impressive Loughgall winger Daniel Burns ran through on goal, but as he was about to pull the trigger eight yards from goal, home captain Dean Youle made a timely tackle.