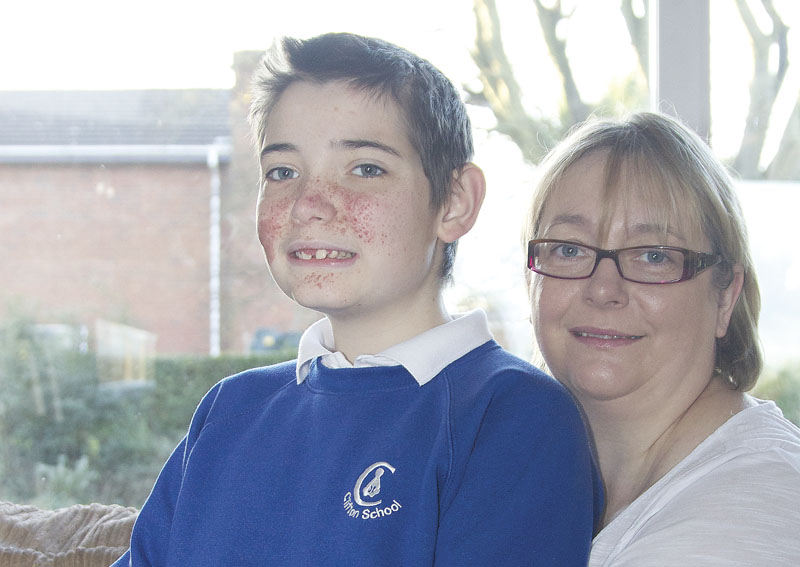 A DEVASTATED Bangor mum has issued a heartfelt plea to local health authorities to reinstate funding for a drug that could be her son’s only hope for a better life.

Seth Murton, aged 11, was born with the rare genetic condition Tuberous Sclerosis (TS) which causes benign tumours to grow in the brain and on other vital organs such as the kidneys, heart, eyes, lung and skin.

Just last year Seth’s family were given fresh hope that they could start to lead a more ‘normal life’ after Seth started taking the drug  everolimus - his tumours reduced in size and his seizures and challenging behaviour reduced.

Speaking to the Spectator this week, his mum Lynne said the family were devastated to receive news earlier this year that funding for the drug had stopped and brain surgery was Seth’s only option.

Young Seth made a remarkable recovery after undergoing a seven-hour operation earlier in June, although part of the tumour still remains.

Lynne explained that her son’s severe challenging behaviour has returned now he is no longer taking the drug and this has drastically affected the quality of his young life.

The local mum said the drug everolimus was used in cancer treatment and acknowledged there was strict licensing regulations for it to be only used in the short term to shrink inoperable SEGA (Subependymal giant cell astrocytoma) tumours.