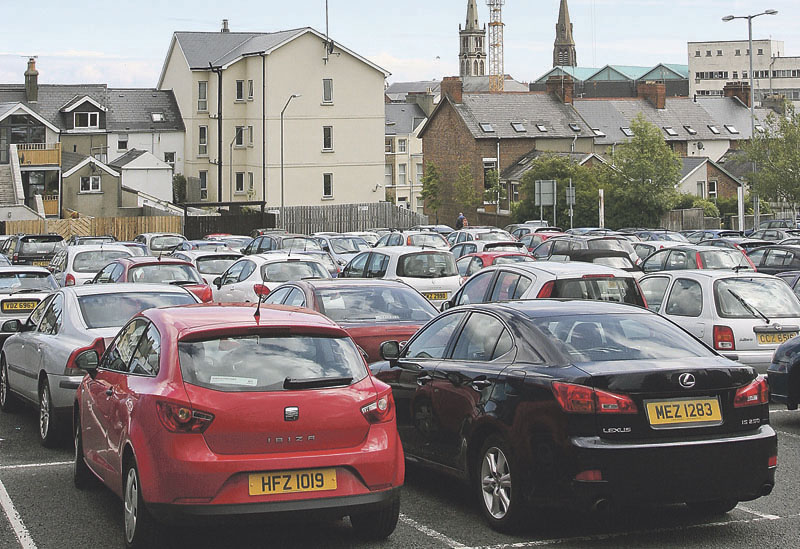 A LOCAL MLA has welcomed the government’s speedy U-turn on their Bangor Christmas parking ad ban – but says he still can’t work out why they said no in the first place.

The council planned a publicity blitz advertising Bangor as open for business, something designed to brighten up the vital Christmas shopping period for local retailers who have seen takings down by as much as 50% in the past few months.

As part of that plan the council wanted to hang a few posters off lampposts around the town centre telling motorists where car parks are located, how much they charge and how many spaces are available.

But officials in the recently rebranded Roads Service, Transport NI, banned the council from doing it – even though Transport NI allows councils to hang similar posters off lampposts advertising special events like Christmas markets.

The council defaulted to a plan B of putting posters in retailers’ windows while angry business leaders contacted the Spectator over the parking ad ban.

We demanded answers from the Department for Regional Development (DRD), which controls Transport NI.

Last Wednesday morning (3rd) the DRD promised us they’d negotiate further with the council – but by mid-afternoon they’d done a complete U-turn and given the council the go-ahead for the posters.

Now North Down MLA Gordon Dunne, who went as far as petitioning the Regional Development Minister in attempt to overturn the ban, has welcomed that high-speed U-turn.

But, perhaps understandably, he’s questioning why Transport NI said no in the first place.

“I am pleased that the signs can now be erected,” he said, “but I cannot understand why the DRD’s Transport NI initially rejected this initiative.

“The weeks leading up to Christmas are a very important time for local retailers and it is imperative that every effort is made to promote Bangor as an accessible place. The message must go out, Bangor is open for business.

“That’s why I could not understand Transport NI’s rationale and raised the issue with Regional Development Minister Danny Kennedy to ensure the correct decision was made.

“I am glad that common sense has prevailed on this occasion, any attempt to make Bangor more accessible to shoppers must be welcomed and encouraged.”