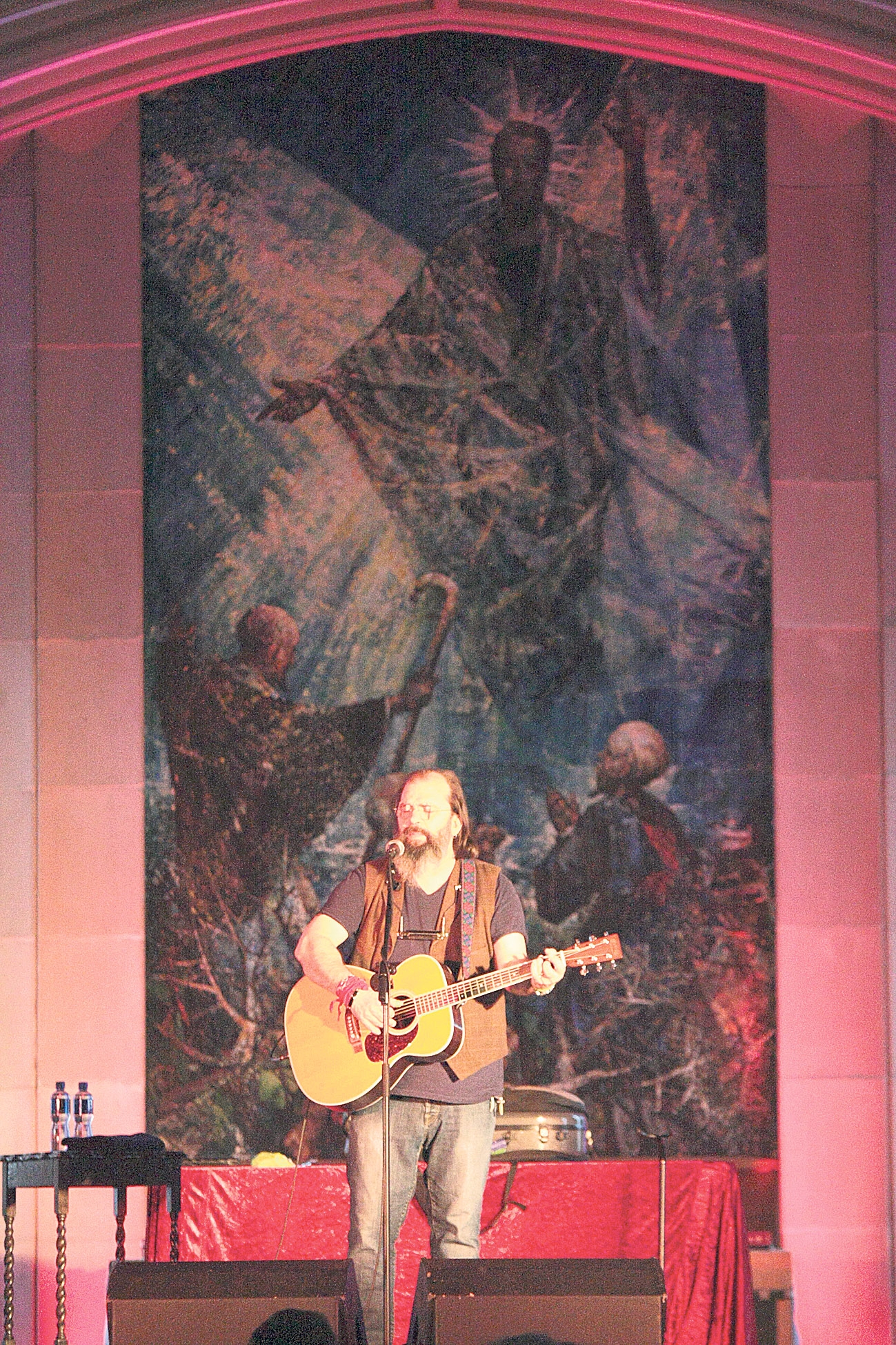 RAIN failed to dampen Bangor’s spirits as the town’s own boutique arts festival kicked off over the weekend.

The second year of the Open House Festival got under way with a bang - though also a clap of thunder as a series of storms hit the town.

It began in style on Friday (1st) with Folk on a Boat, an intimate gig held out at sea, and Van Morrison tribute act Celtic Soul – quickly followed on Saturday by alt-blues mavericks Alabama 3, best known for creating the theme tune to the Sopranos.

Sunday saw the Beach House Barbecue in picturesque grounds of Cairn Bay Lodge. Northern Ireland’s inclement climate hit that one, as the heavens opened during the afternoon – but as Open House director Kieran Gilmore told the Spectator, everyone present was determined to party between the raindrops.

“Beach House Barbecue was sold out,” he said, “but no matter how wet it got nobody left. I was incredibly impressed by the audience’s spirit.

“We had coverings and free ponchos that we handed out, but even so we thought a fair few would want to head on – but no, they were enjoying the vibe and the food and were making the most of it.

“We had a band from Virginia, the Hot Seats, and after their set they told us that if this had happened in America about three people would have stayed behind. I guess in the States they’re just not as up for it as we are in Bangor.”

Saturday saw the unveiling of the newly redecorated upstairs concert hall in the Windsor, which is playing host to several Open House events over the coming month – and it began as Kieran hopes it will continue, with a sold out show.

“Alabama 3 sold out on the door, and in fact the other three ticketed events sold out too,” he said. “There are still plenty of tickets left for many of our other events over the next few weeks, but hopefully we can maintain that level of enthusiasm from the people of Bangor.

“The three free events we ran were very popular as well.
The Sunday Club performance in the Rabbit Rooms looks like it’s developing into something really special and the retro ska, mod and punk night on Saturday was incredibly good fun, there were people in that room who I’ve known for 15 years and I’d never seen them dance until that moment.”

Of course that was just the beginning of the Open House experience. Tuesday (5th) saw the arrival of outlaw country hero Steve Earle in Bangor Abbey, while tonight (Thursday) has the first comedy gig of the festival with acclaimed stand-up Kevin McAleer.

On Saturday the Windsor will be transformed into a 1940s New Orleans juke joint for Voodoo Swing, a hot night of jump-up sounds featuring a jazz quartet and a DJ set from Duke Special.

There’s also a walking tour Voices of Old Bangor on Sunday evening and rootsy acoustic folk-punk from New Zealand band the Eastern in the genteel surroundings of Ballyholme Yacht Club on Wednesday.