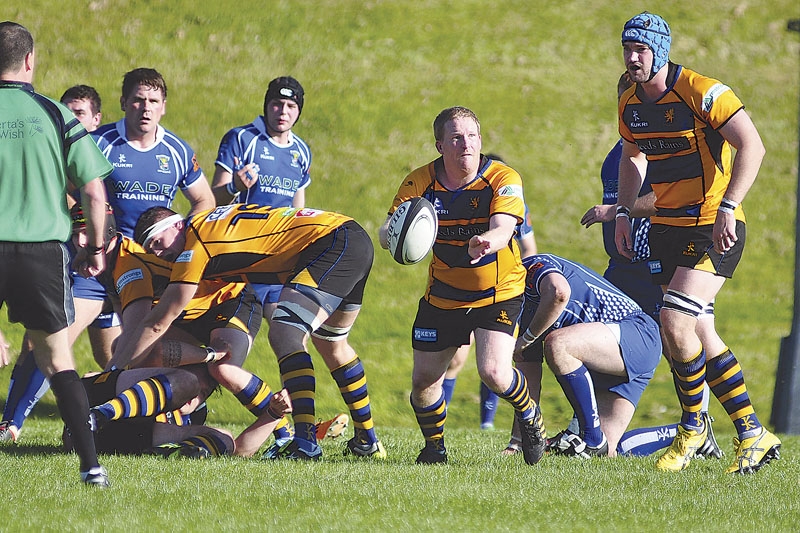 BANGOR RFC claimed another big league scalp at Portadown where they produced an excellent team performance to secure a bonus point win by 22-27.

With the only change from last week’s winning line-up against Clogher Valley being Oran McIlmurry - still recovering from a nasty blow to the head - hopes were high that the disappointments of last season’s encounters could be overcome.

For Portadown’s part, they were anxious to keep up the pressure on Instonians at the top of the table, hence the scene was set for a fascinating game with much at stake for all concerned.

The opening skirmishes were cagey affairs with both sides sizing up their opposite numbers but it was Bangor who had the initial territorial advantage.

In the end, Bangor were worthy winners and will be happy to put the previous near misses against Portadown behind them. This result, when added to last week’s result against Clogher Valley, also confirms Bangor’s return to form and marks them once again as serious contenders for further success as the season progresses.

This week sees Bangor open their Junior Cup campaign when they travel to Banbridge 2nds for a repeat of last year’s fixture.