Tell us what's going on, what you're thinking, what you're up to etc. A weblog is like having your very own column in the biggest newspaper in the world!
Anyone can read and rate your blogs but you must be registered and logged in to write one! 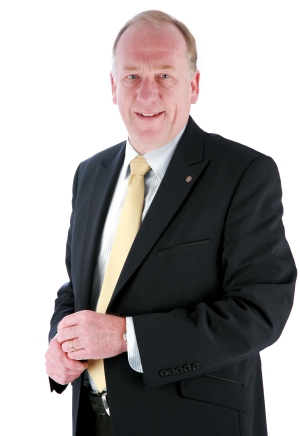 We've seen how the building of unnecessary new council buildings can become expensive White Elephants that we as ratepayers have to underwrite for many, many years.

And already we have had many calls for a new Council buildings for the North Down & Ards Council even while we have two excellent facilities in Newtownards and Bangor.

Over the coming months we'll hear lots of reasons why we need a brand new building. Some people have already suggested the mad idea of building it on Queen's Parade site. But I don't think we need one at all and I will fight against one being built to protect your rates with every opportunity I have.

So here's my plan.

Locate the main Council office in either of the existing  Newtownards or Bangor Town Halls. This office should contain the Executive Officers and the Council chamber.

Move the remainder of the administration departments into already existing buildings across the District. So, for example, by bringing the Department of the Environmental Health or Finance and Administration to Donaghadee, we could:

The same could be done for Comber, Holywood and possibly other towns in the District. With the installation of modern technology, there is no need for all Council administration departments to be in one central place and it could save us upwards of £10 million.

Tom Patterson
It's a good opportunity to sell the existing Bangor Town Hall as an hotel/conference centre and move...
We don't need a new £10m Counc...
about 1 month ago
Gavin Walker
Hey Speccy:

Like the plan and glad it's all coming together well.

As one of those ...
Daily Democracy
about 1 month ago
John Bell
I haven't been to the market in years and personally I think its beyond the point of no return. It h...
Challenging Market Conditions
about 5 months ago